Why are Airlines Fussy About Bluetooth Headphones?

Can I use AirPods on a Plane?

Airpods work similarly to other wireless headphones, applying the same rules. You can use them on most flights, but most likely, you will have to switch your wireless Bluetooth headphones during take-off and landing.

Put a pair of wired earbuds in your bag to use in your flight, and then switch back to high-quality wireless headphones to use once you are back on the ground.

Why Do Airlines Discourage Wearing Bluetooth Headphones During Takeoff and Landing?

Airlines are hesitant to allow headphones during takeoff and landing because you should hear all announcements. In addition, if there is an emergency, you should also hear all the instructions from the flight attendant. The worry is usually about the Bluetooth headset cables obstructing movements if there is an evacuation, so it's not an issue with the Bluetooth devices.

Do Bluetooth Headphones Work with Phones on Airplane Mode?

Bluetooth technology transmits a signal, and it is why some devices usually switch off Bluetooth as soon as you press airplane mode. However, you should switch your Bluetooth back on by clicking the Bluetooth icon again.

For Apple devices, turning the flight mode on doesn't switch off Bluetooth, which used to be a problem, but it was fixed with the introduction of Apple Airpods.

However, for Android devices, airplane mode will switch Bluetooth off, and you can enable it by opening your phone settings and switching your Bluetooth on. Then, switch the grayed-out Bluetooth to blue, enabling Bluetooth even with the airplane mode.

However, airplane mode is outdated nowadays because most airlines and airplanes are equipped with in-flight WiFi.

Will Bluetooth Headphones Work with the Airline's Entertainment System?

For long flights, airlines usually offer in-flight entertainment systems where you can watch the latest movies through a built-in screen in your front seat.

Unfortunately, the built-in entertainment systems are sometimes outdated, and you may struggle to connect them to your Bluetooth headphones. In addition, most of these systems still use the two-pin AUX input, meaning you will have to use the headphones provided by the airline.

Can You Use Noise-Canceling Headphones on a Plane?

However, since some of the best Bluetooth headphones use lithium batteries, you should beware of the battery restrictions. Also, remember some restrictions on the types of batteries you can carry in your carry-on bag.

You can't carry more than 100-watt hour lithium-ion batteries in your carry-on bag, and also, some batteries are prohibited. In addition, for specific restrictions, you should check out the Transportation Security Administration or the airline's website.

Can you Charge Bluetooth Headphones During a Flight?

Most of the older aircraft and budget airlines don't feature charging outlets that you can use to charge your Bluetooth headphones. However, some airlines have USB ports to charge their devices. You can reach out to airlines individually to know if they offer charging outlets or USB ports.

What Do Different Airline Regulators Say About Using Bluetooth Headphones?

Airline regulators cover different regions, and this is why it's important to understand all the rules when you intend to take international airlines. For example, a flight to China will allow passengers to use Bluetooth headphones for most of the flight.

Federal Aviation Administration (FAA) controls the US airspace, which means that all the following rules apply to all the flights operating within the US. However, in 2013, FAA had some positive changes about electronic device use during flights.

Short-range Bluetooth accessories and devices like wireless keyboards or Bluetooth headphones can be used on the entire flight, including during takeoff and landing. The only restricted electronic devices are the ones with cellular connections such as laptops, mobile phones and smartwatches.

They must all be in airplane mode at all times, including the takeoff and landing time to reduce interference with aircraft communication systems.

IATA, which governs the rest of the world, 82% of the total air traffic has not mentioned anything specific about Bluetooth headphones. However, IATA forbids Bluetooth use in the critical stages of the flight, like takeoff and landing.

Transport Canada states that transmitting electronic devices should not be used on planes, but some are kay to use. However, they haven't mentioned Bluetooth devices meaning the final decision lies with the specific airline. So when flying within Canada, ensure you check with the airline you will be flying with.

What Do Top Airlines Say About Bluetooth Headphones On a Plane?

The final decision for using Bluetooth headphones on flights depends on the airplane you are flying with. Even though some airlines won't address their policies, major American airlines are not against allowing their airplane passengers to operate Bluetooth devices throughout a flight.

Below are some popular line rules:

Bluetooth headphones are permitted in Air Canada but only when the plane gets to a 10,000 feet height, and also, the battery must be removable. However, the inflight entertainment system doesn't allow Bluetooth connectivity.

Bluetooth headphones are allowed in the plane, but not during takeoff and landing. In addition, you cant use your wireless headphones with the entertainment system.

Bluetooth headphones are allowed in the plane, but they are not allowed during takeoff and landing. Instead, they feature an inflight entertainment system app that you can watch on your tablet or phone with your Bluetooth headsets.

Bluetooth headphones are allowed in the entire flight but not during the takeoff and landing. On flights with a WiFi connection, you can use their inflight entertainment systems on your browser. This means you can watch on your Bluetooth headphones, but you will need to pay an extra $8 for internet access during your flight.

Bluetooth headphones are allowed in the plane during takeoff and landing. Even though Delta adds Bluetooth support for the inflight entertainment systems, it isn't available on most flights operating, but you can use it only with wired headphones. Delta travelers could use wireless accessories like Bluetooth keyboards to deactivate the cellular data during the flight.

Emirates is among the few airlines that offer a Bluetooth connection for inflight entertainment systems on most flights. You can use Bluetooth headphones, but you will be needed to keep the wireless devices away during the safety briefing, take off or landing.

Bluetooth headsets are allowed, but they will have to be switched off until the aircraft reaches 10,000 feet altitude. In addition, on the Main Cabin and the Extra Comfort fares, you can use the inflight entertainment app on your tablet or phone.

Frontier Airlines don't mention the use of Bluetooth devices anywhere on their pages online. However, since FAA regulates the airline, you can use Bluetooth headphones, but you may be asked to switch them off during takeoff or landing. Also, the airline doesn't offer entertainment systems.

How To Handle Airport Security and Your Headphones on a Plane

The Transportation Security Administration (TSA) has put specific regulations regarding screening electronic devices. The administration recommends stowing PED in your carry-on bag where you can easily access them during screening.

If you check the bags with your PEDs in them, you will have to pick up a TSA compliant lock, ensuring thieves won't access your belongings. When packing your PEDs in a carry-on bag, you should put anything larger than a smartphone to be screened separately.

If you are lucky enough to participate in the TSA pre-check program, it is worth the cost if you travel a lot. This means you won't unpack your PED and it can slide right through security screening with a lot of ease.

Even though some airlines allow wireless Bluetooth headphones in the plane, you should beware of future changes. This is because airline policies concerning electronics, including Bluetooth devices, change over time as technology changes.

In addition, like with all airline policies, the Bluetooth capability rules in international airlines could change at any time. You could assume that Bluetooth devices are permitted, but to be on the safe side, it's important to ask one of the flight attendants for specific guidance if you are not sure. 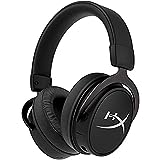